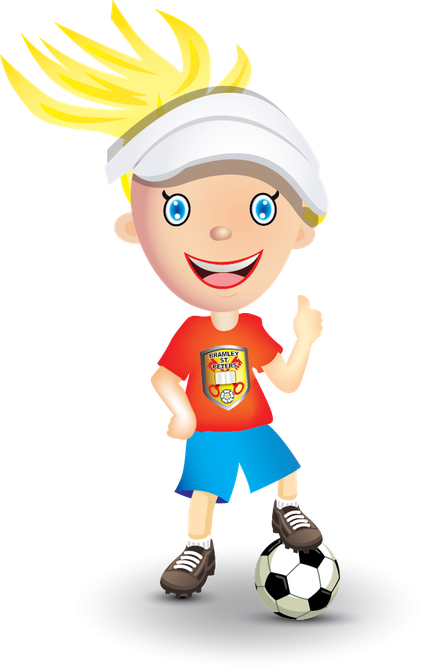 Mary was a keen footballer.  She loved playing football and would play it at every opportunity. Her favourite position was in midfield. The only problem was she didn’t score any goals. Every time she got close to the goal she would either pass the ball to a team mate or pretend she’d been fouled. The truth was she was scared of missing. Something she didn’t let her team mates know.

The team had a big game coming up and at the last practice, the coach told them to practise taking a penalty; just in case. When it came to Mary’s go, she froze! Reassuringly her coach approached her but she ran off, shouting at the top of her voice that it wasn’t fair.

The day of the match came. Nervously the team came onto the pitch. The match started well and they scored first. By half time it was 1-1. Then the opposing team scored in the 85th minute. Mary and her team had just 5 minutes to score to take the match to penalties. Woohoo! In the 90th minute they scored. Penalties it was!

Each team member stepped up and took their penalty. After the first 5 penalties it was evenly matched. More and more team members stepped forward and the score stayed level.

“Mary, you’re up!” shouted the coach.

Mary’s heart jumped into her mouth. She looked around frantically and realised she was the only one left. Everyone else had taken their turn. The score was 11-10. She had to get this goal or her team would lose the match.

Cautiously she put the ball on the spot and took a few steps back. She really didn’t want to do this. What if she missed? She would look stupid. She couldn’t just storm off now…not in front of everyone. All her team mates and the fans were cheering her on. She took a swing of her leg and…. Oh no! The ball soared over the crossbar. Mary stood there in disbelief. She couldn’t face turning round to see everyone. She knew how upset they would be with her.

Her team mates came around her and patted her on the back. One person put their arm around her.

Then she realised she hadn’t actually practised. She had been so frightened of making a mistake that she hadn’t even tried.

That day Mary learnt a valuable lesson. She majored making mistakes. She was the first person at the next practice. She put the ball on the spot and practised. Some went in and some missed. But that was okay.