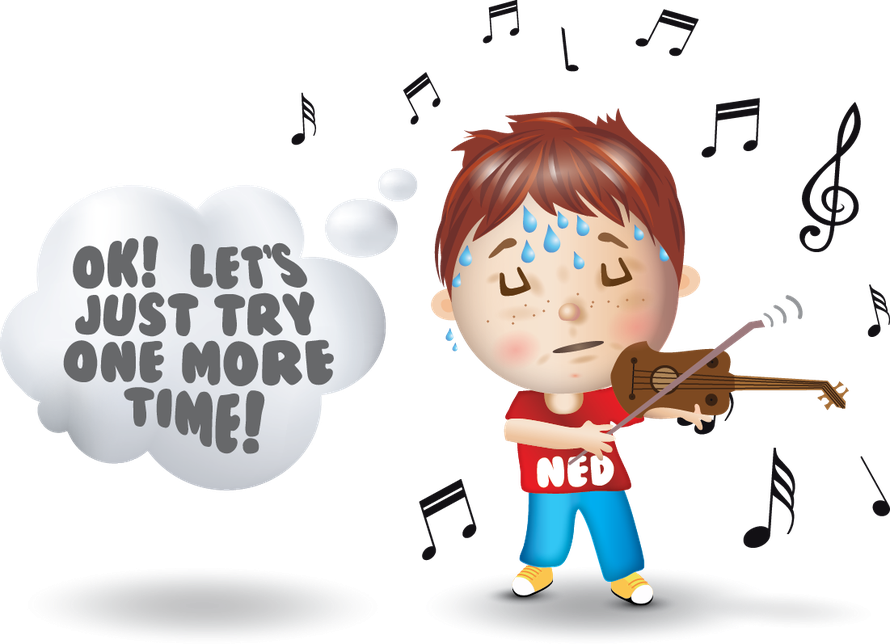 “Peter, don’t forget to do your practising today,” shouted mum up the stairs.

Peter was learning how to play the violin. He loved the thought of being able to play well. What he really wanted was to play the violin on stage – he knew his mum would be so proud. It just all seemed too much like hard work though. He went to his music lessons in school. His teacher told him to keep practising in between the lessons in order to improve more but something always got in his way.

“I will mum,” he groaned back.

But instead he got caught up playing the latest game on his computer.

The following week, Stephen joined Peter’s class. Peter was assigned to be Stephen’s buddy, to help him settle into his new school. Peter liked Stephen. It turned out they had a lot in common. Peter was more than happy to show him where things were in the classroom and they quickly became friends.

“We’ve got violins next, after break,” explained Peter. “Do you know how to play?”

“I’ve played a bit as I had lessons at my old school too,” replied Stephen.

The class were introduced to a new piece of music in the lesson. They had to concentrate hard. As usual, the teacher reminded the children to practise at home before the next lesson.

A week went by and every night Peter had meant to practise. Things, however, just kept happening. On one night he had football practice so he was tired afterwards. Another night his cousins came over. A different night he had lots of homework to do. There was an excuse for every night why he couldn’t practise. Peter was slightly dreading the violin lesson but he thought no-one else would have had time to practise either.

During the lesson each child was asked to play a short excerpt from the piece they learned last week. Peter got up and tried to play the notes. He couldn’t quite remember where his fingers went and he missed a note out.

“Oh dear!” he thought. “Still at least it’s over. I’ll just make sure I practise more this week.”

Then Stephen got up to play. Peter was stunned. Stephen played the notes perfectly.

After the lesson Peter went to speak to Stephen.

“How come you could play that piece so well?” Peter enquired.

“Well I struggled in last week’s lesson and I found the notes difficult to play. I knew I needed some more practise to master it so I practised every night last week,” responded Stephen.

Peter felt embarrassed. He had done no practising…and it had showed.

Peter arrived home that night and went straight upstairs. He was determined to do better. He picked up his violin and spent a whole hour practising the piece. He did this every night.

His perseverance paid off though. In the next lesson he excelled. In fact he impressed his teacher so much that he was chosen, along with Stephen, to help the younger children in their lesson. He felt very proud of himself and it made his mum proud too.